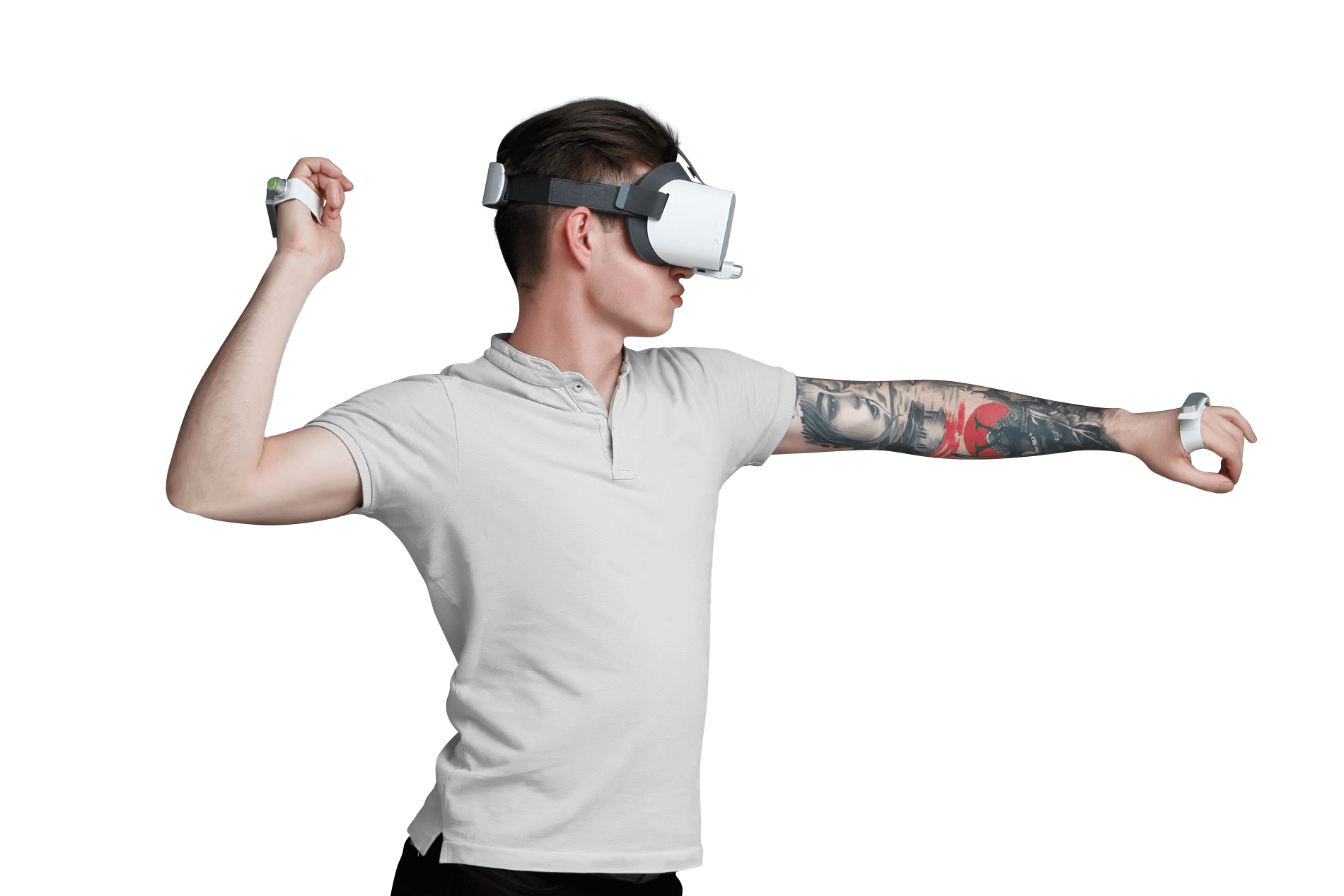 The new SDK update includes a large quantity of novelties that expand the functionality of the tracking system and allow more flexible configuration of the system for various use cases. A ceiling based setup is available in the new SDK version. We substantially redesigned the radio protocol and created an update service for all our devices.

We have officially released a Bracer with the new SDK version. Now the Bracer is available to order in our web store like all other radio devices. The Bracer is an ultra-light VR controller which fixed on the user’s wrist and keep the hands free for interactions with physical objects. Moreover, the Bracer recognize grab and drop gestures. This functional covers plenty of use cases for enterprise trainings and LBE projects. The software components for working with bracers are natively embedded in the new SDK (plugins for Unity and UE4)

A full range of channels (141 channels) is available for setting up the radio network now, compared to 33 channels in the previous version of the SDK.

One of the innovations, the channel mask, can significantly reduce the time it takes for tags and bracers to connect to the master socket (from 1700 ms to 100 ms in the worst case). Prior to this update, a search for the master socket by the radio device was carried out through all available channels. Now you can customize the number of radio channels to search and it will accelerate the connection to be almost instant.

Moreover, the maximal latency of transferring actual data to the host was decreased by 2.3 to 3.2 times depending on the packet size. Bandwidth was increased by 8.2% and crosstalk protection was added. We have also improved the connection procedure and increase the maximal packet size.

The range of applications of the tracking system has significantly expanded with the addition of the ceiling setup. The tracking technology remains the same, we still use active infrared markers. In addition to embedding reference bars in the foam floor tiles, we offer a setup consist of separate markers and connecting wires to be placed above the ceiling. All the needed functions and settings for ceiling setup have been integrated into AntilatencyService.

Now, all users of AntilatencyService are able to generate an IR pattern for their tracking areas by themselves. The generator allows you to set parameters for the tracking area, the size, the number of markers, the height of the markers for the ceiling setup, etc. The result will be a layout that defines the optimized location and connection of reference bars. The simulation section will clearly demonstrate the quality of tracking depending on the location of the tracker (separately for cases where trackers are located on the head and leg).

Starting with this version of the SDK, the user has the opportunity to receive new device firmware updates. Now the users can keep all their devices up-to-date and gain access to all the software features that appear with each update of the SDK.

We have integrated the update system into AntilatencyService. In addition, each user has the opportunity to choose the desired version of firmware if there is a need to downgrade to an earlier version.

The PropertyManager application that existed in the previous version of SDK was integrated into AntilatencyService. The system allows you to see the hierarchy of devices connected to a host and get all the information for each socket or tracker.

System properties contain constant and unchanging information about each device, for example, the serial number.

The user has the ability to configure the custom property. For example, set the “Tag” property of the Bracer device to “LeftHand” if this module is responsible for tracking the left hand in the application.

We updated the tracker's FPGA firmware by adding a background subtraction function. It reduces optical noise and increases the stability of optical points, improving tracking quality.

We also expanded the LED indication of the tracker, which made it easier for the user to understand device states in real-time.

In the new version of the SDK, the HMD Radio socket can not only act as a master socket connected via a wire to the host. It can also transmit its data via radio to another master socket, allowing the Type-C connector to be used just for power. The configuration is set through AntilatencyService.

This flexibility allows you to use it as a Tag. Moreover, it is possible to connect a power bank to the HMD Radio socket via the Type-C connector to provide power and achieve the necessary battery life. 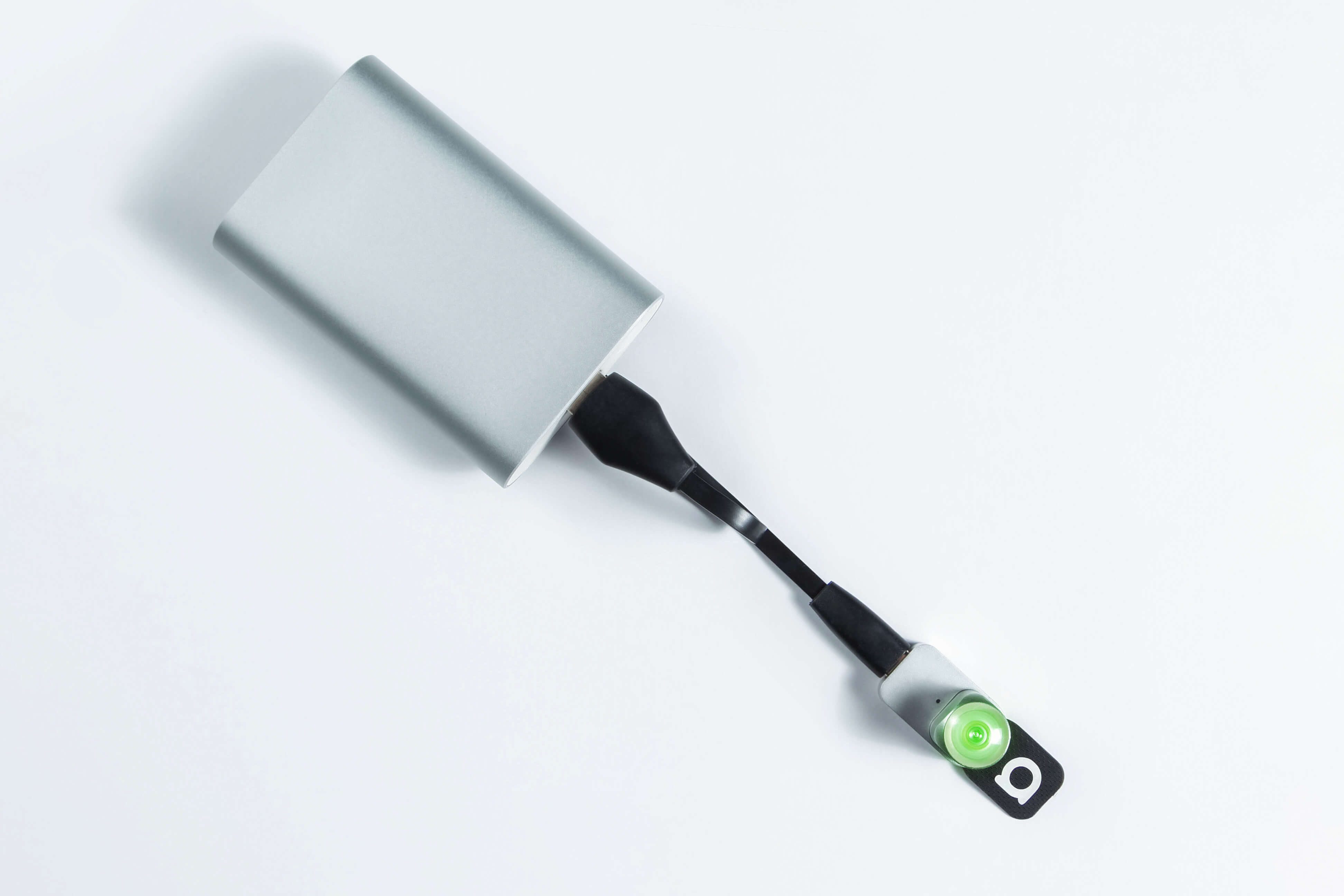 We provide a full range of equipment for creating scalable tracking areas with the size of each tile being 0.6 m. Although the standard set covers most client's needs, we understand that some cases may require a non-standard layout of markers: compact desk setups, setups with a smaller size, or with a different proportion of the marker's location inside the linear pattern, etc. Such custom layouts are now supported in AntilatencyService and can be created directly by users without affecting the tracking technology. 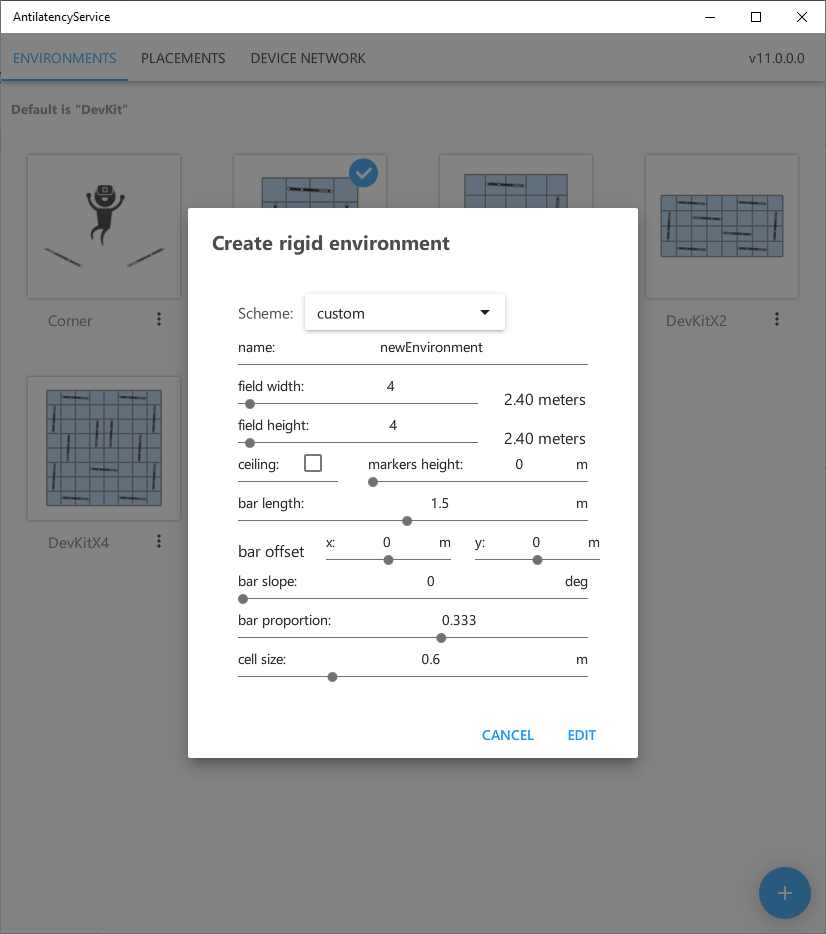 The Antilatency system supports Oculus Quest starting from this version. The integration with Oculus Quest opens up multi-user scenarios for HMD owners, where all headsets share one environment and have knowledge of each other's absolute position. The tracking of HMDs’ absolute positions can be combined with the native controller's tracking of the headset. It is even possible to implement full-body tracking, where head and foot tracking is performed by Antilatency trackers, and hand tracking is done by the native controller tracking of Oculus Quest.

For your convenience, we and our partners use cookies on this website. If you do not change the settings, we will treat this as consent with data usage policy on antilatency.com